The combi oven is a kitchen appliance used in professional gastronomy to prepare meals. The combi oven has many uses in gastronomy and brings a lot of food preparation options. The device is suitable for the preparation of all kinds of meat, vegetables, side dishes, baked dishes, desserts and pastries. The combi oven offers many ways of cooking food such as cooking, pre-cooking, steaming, stewing, baking, baking, low-temperature or slow baking, sous-vide, confit, smoking, drying, grilling, grilling, roasting, frying, poaching, blanching, regeneration, sterilization or shock cooling.

The vegan diet excludes the consumption of not only meat, but also any other animal products, such as eggs or milk. For vegans, it is very important to pay attention to a varied and balanced diet, which includes all the necessary substances. These include vitamin B12 and D, selenium, iodine, calcium and omega-3 fatty acids. Vegan cuisine can be very varied. It is based on legumes - beans, lentils, peas, cereals, seeds, fruits, vegetables, mushrooms and nuts. Soybeans are a source of plant protein and in the form of tofu have become the main substitute for meat. They come in many forms - sausages, vegan burgers or ground tofu. Instead of cow's or goat's milk, vegan milks are used in vegan cuisine, such as soy, coconut, almond, rice, oat or hemp milk. When we compare a cup of cow and soy milk, we find that a cup of cow contains 8 grams and soy 7 grams of protein

As already mentioned, vegan cuisine is largely based on legumes. Beans alone have many forms and uses. Mung beans, climbing and lunar beans, kidney beans, adzuki beans and white beans, which have become the most popular species in our country. Borlotti and cannellini beans are used mainly in Italy. Black beans and black kidney beans originate in Latin America. Chickpeas are another type of cereal, hummus forms the basis of vegan food. It has a mild hazelnut taste and many uses in the kitchen. Falafel is prepared in Arabic cuisine, small fried spicy chickpea patties. Tofu is a very popular dish among vegans. It is soy curd originating in Japan. It is pressed from soybeans, which are full of protein, calcium, vitamin E and also low in fat. Paneer is an Indian cheese that represents meat in Indian cuisine. 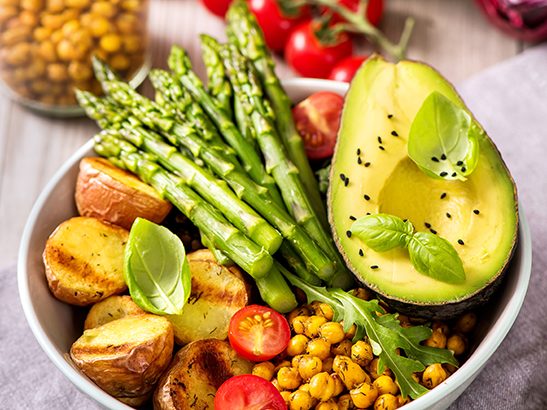